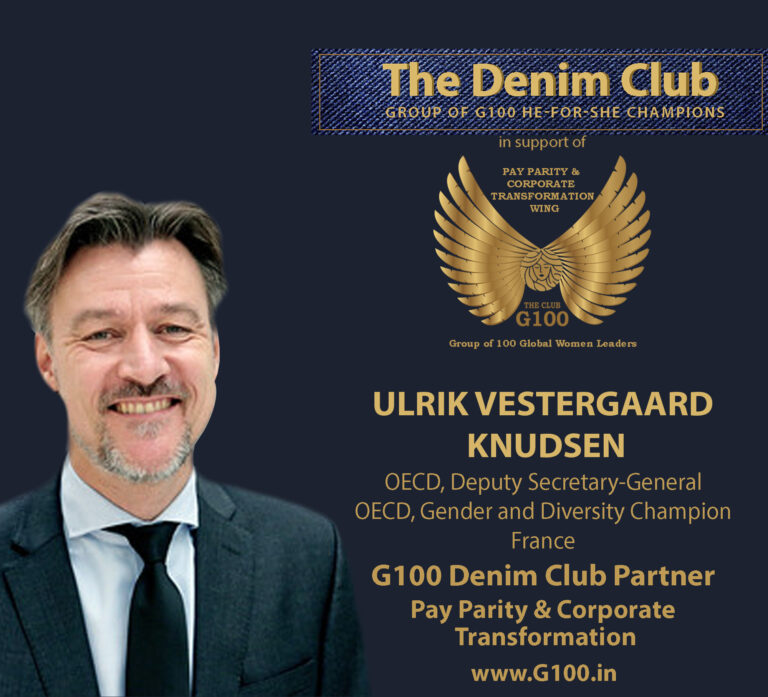 Ulrik Vestergaard Knudsen, OECD, Deputy Secretary-General and OECD, Gender and Diversity Champion, France. Ulrik Vestergaard Knudsen is an economist with more than 25 years of experience in international cooperation. He has served as Permanent Secretary of State/CEO of the Danish Ministry of Foreign Affairs, as Chief Foreign Policy Advisor to the Danish Prime Minister, and as Ambassador to the OECD.

During his five years as CEO, he spearheaded a change-management process, brought the Ministry of Foreign Affairs successfully through a period of budgetary constraints, and defined the strategic direction for the organisation in increasingly complex and unpredictable times. Prior to this, he served as Sherpa and Chief Diplomatic Advisor to two Danish Prime Ministers on Security Policy and on EU and Foreign Affairs in the Prime Minister’s Office. Mr. Knudsen served as Ambassador to the OECD and UNESCO in Paris (2008-09).

In 2019 he was appointed Deputy Secretary-General of the OECD, covering a wide-ranging portfolio. In June 2021, he was appointed OECD Gender & Diversity Champion and leads the organisation’s work on gender equality and diversity. Mr. Knudsen holds a Master’s degree in Economics from the University of Copenhagen (1994), where he acted as an external lecturer. He has published various papers and publications on Asia, WTO, trade policy, and globalisation.