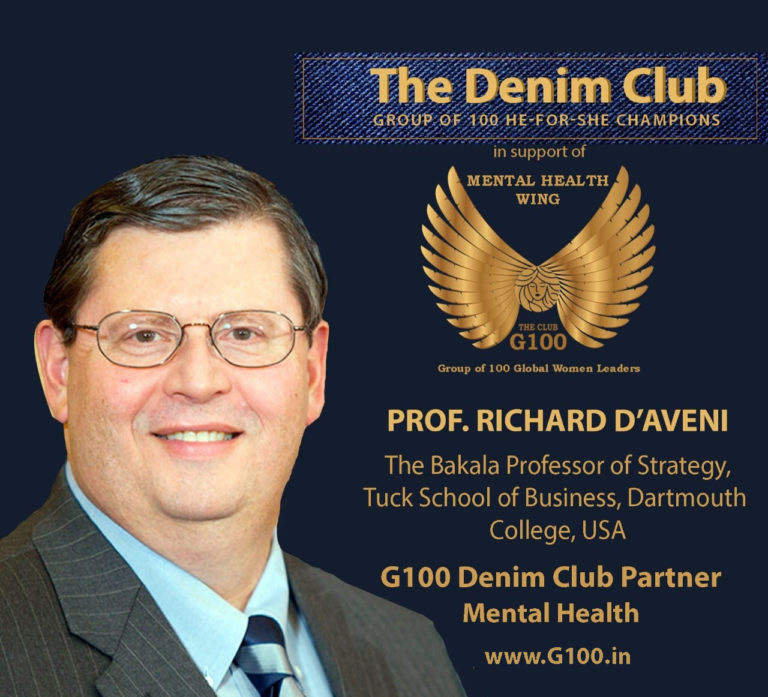 Prof. Richard D’Aveni, The Bakala Professor of Strategy, Tuck School of Business, Dartmouth College, USA. D’Aveni is one of the foremost experts in the world on competition between corporations, militaries, governments, alliances & capitalist systems.

He is currently focusing his research on Technological Competition caused by 3D Printing. He has published numerous articles, books, blogs and columns on additive manufacturing. His work on additive manufacturing won the 2016 Thinkers50 Strategy Award, and nominated for the 2019 Thinkers50 Breakthrough Idea Award. He authored numerous articles on competitive strategy in academic journals, HBR, FT of London, WSJ, Washington Post, and MIT/Sloan Management Review, as well as the global best selling book Hypercompetition, which is available in 14 languages. Since the 1990s, his writings are credited with creating a new paradigm in strategy using temporary advantages, principles of rapid & aggressive maneuvering and disruption rather than on defensive barriers & power over buyers/suppliers.

From 2007 to present day, D’Aveni is one of the Thinkers50 (see The Times of London, CNN.com, Forbes, The Times of India, and Harvard Business Review), a ranking of the 50 most influential living management thinkers in the world. Currently he is ranked in the Top Ten overall, and among the top 5 strategic thinkers. He is winner of the prestigious ATKearney and the Women’s Economic Forum’s 2018 Visionary Thought Leader of the Decade Award.

He was also named a World Economic Forum Fellow. WirtschaftsWoche, Germany’s Business Week, named him as most likely to influence the future of strategic thinking. The Corporate Strategy Board named him one of the seven most influential living strategic thinkers. Fortune Magazine likened D’Aveni to the ancient Chinese strategist, Sun Tsu. A frequent keynote speaker at CEO & economic forums, corporate off-sites, board meetings & conventions around the world. He has been a strategic advisor to presidents of G-7 countries, ten Forbes 100 families, numerous Global 500 CEOs & ruling royal families. His clients and speeches are in the USA, EU, Russia, the Mid-East, Latin Am, SE Asia, Korea, China, Japan & India.