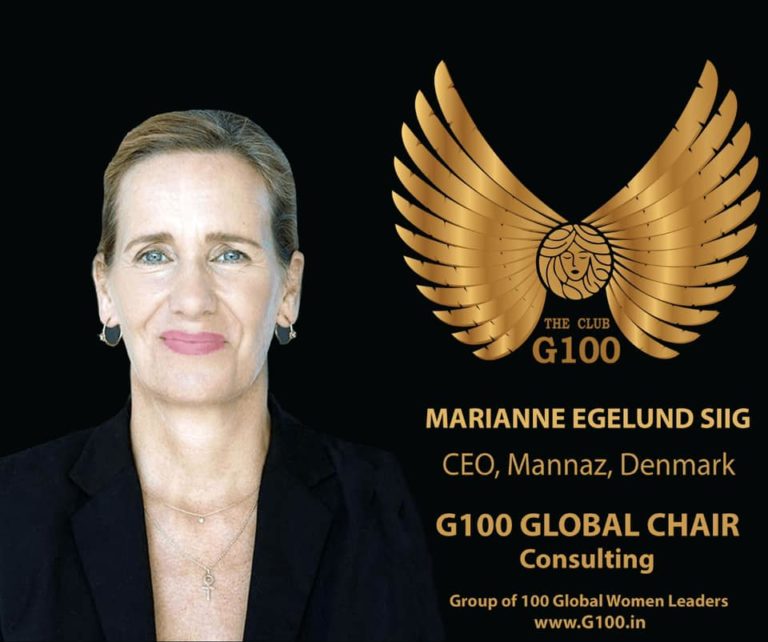 She is a recognised strategic leader, dedicated to creating value and purpose for people, businesses, and society as a whole. For more than 20 years, Marianne Egelund Siig has led successful business transformations in the fields of leadership-, talent-, and organisational strategies and development. Furthermore.

She is an expert within the fields of gender equality, diversity and inclusion. Marianne works as CEO for Mannaz; an international consultancy and education programs company with headquarter in Copenhagen, Denmark, and offices in both Sweden and UK. https://www.mannaz.com In 1994, Marianne started her career as the Managing Director of the Nordic consulting firm KaosManagement.

She collaborated with over 200 companies as strategic advisor, keynote speaker and facilitator of transformational training programs to co-create innovative solutions.

In addition to her noteworthy business experience, Marianne is frequently invited to contribute to panel debates, conferences, academic lectures, and think tanks. In 2016, Marianne facilitated the Global Dialogue on Gender Equality organised in Helsinki by the International Labour Organisation in collaboration with the Nordic Council of Ministers. She has developed and implemented ED&I Programs in international organisations.

Throughout her career, Marianne has been an advisory board member for numerous organisations and projects and is currently seated on the advisory boards Copenhagen Business School Steering Committee for “Diversity & Difference Platform”. Marianne is the author of “The Nordic Mystery”, a blog that she has animated for more than 7 years in which she tackles issues pertaining to leadership, gender equality and inclusion, published in Danish newspaper Berlingske, as well as the netmedia: POV.international. A dear Soul Sister creating impact with innovation and influence.