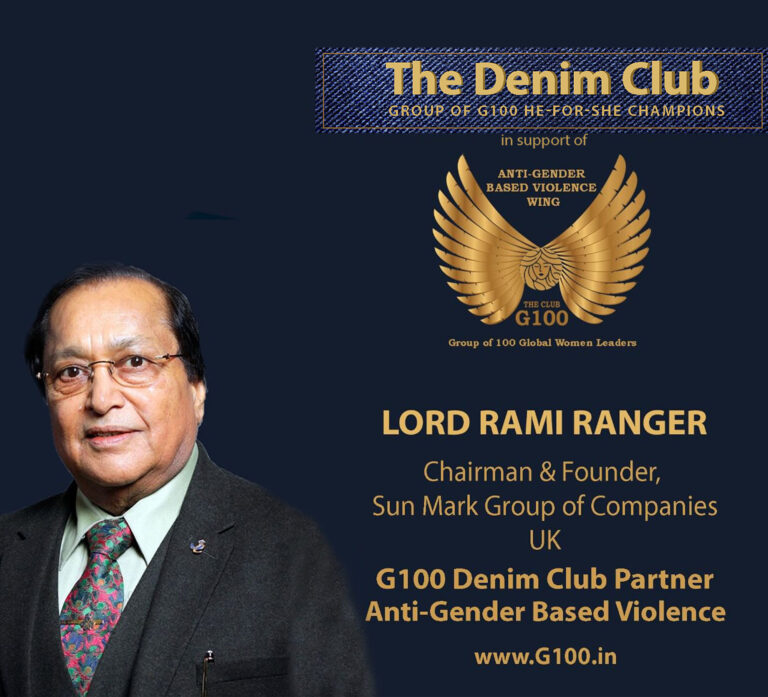 Lord Rami Ranger, Chairman & Founder, Sun Mark Group of Companies, UK. Lord Rami Ranger CBE, FRSA, is a British Peer and a successful businessman honoured by Her Majesty the Queen on Eight occasions. Six times for Business and twice personally for community services and was made a Member of the British Empire in 2005 and Commander of the British Empire in 2016 and made a Lord in 2019.

Rami set up his first business in 1987 with a mere 2 pounds capital from a rented room in Hayes and through his sheer dedication and commitment, he now runs two of Britain’s fastest-growing companies with an annual turnover over £150 million.

He sustains thousands of British jobs by exporting British supermarket products to over 130 countries. Sun Mark Ltd has received the Queen’s Award for Enterprise from Her Majesty the Queen for an unprecedented five consecutive years. No other British company has received this accolade to date.

Rami believes in supporting education and helping to provide better facilities for students. He has a clear message on this and says that if it had not been for his mother being an educated woman, he would not be where he is today. To support this, he donated £250,000 to the London South Bank University to set up the Dr Rami Ranger CBE Centre for Graduate Entrepreneurship.

He has donated £200,000 to the University of West London towards a new group pavilion, library and student hostel to enhance university students’ facilities.Rami has donated £100,000 to erect Mahatma Gandhi’s statue in Parliament Square, London. Rami said, “The world owes Gandhi Ji a huge debt of gratitude for liberating one-fifth of mankind through non-violence thereby creating a better world”. He has donated £100,000 to the Thames Hospice, £150,000 Prince’s Trust, £50,000 to Combat Stress £50,000 Indian Gymkhana for a Gym.