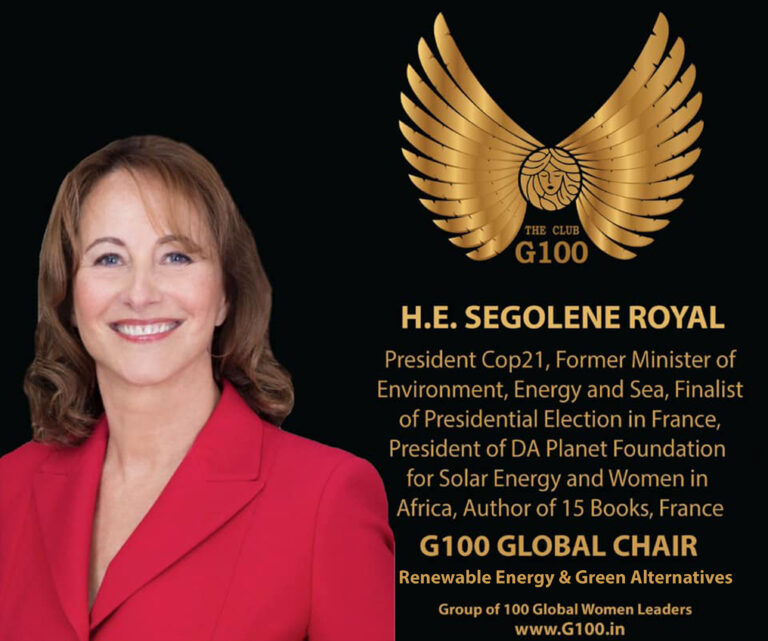 She is the President Cop21, former Minister of Environment, Energy and Sea, President of DA Planet Foundation for solar energy and women in Africa, Author of 15 books, and mother of 4 children she was the first woman in France to be finalist of a presidential election.

She was also Minister Delegate for Family Affairs, Childhood and Disability (March 2000 – May 2002), Minister Delegate for School Education (June 1997 – March 2000), and Minister for the Environment (April 1992 – March 1993). She was President of the Poitou-Charentes Region from April 2004 to May 2014 and was a member of the French Parliament for the Deux-Sèvres department numerous times between 1988 and 2007.

Minister Royal was also Vice-President and Spokeswoman for the Banque publique d’investissement (French Public Investment Bank), Vice President of Socialist International, and was an advisor to French President François Mitterrand from 1982-1988.

Minister Royal attended the Ecole Nationale d’Administration and the Institut d’Etudes Politiques in Paris, and holds a degree in economics. She has written several books. A dear Soul Sister with passion to make a difference to women’s lives and livelihoods with sustainability and inclusion.