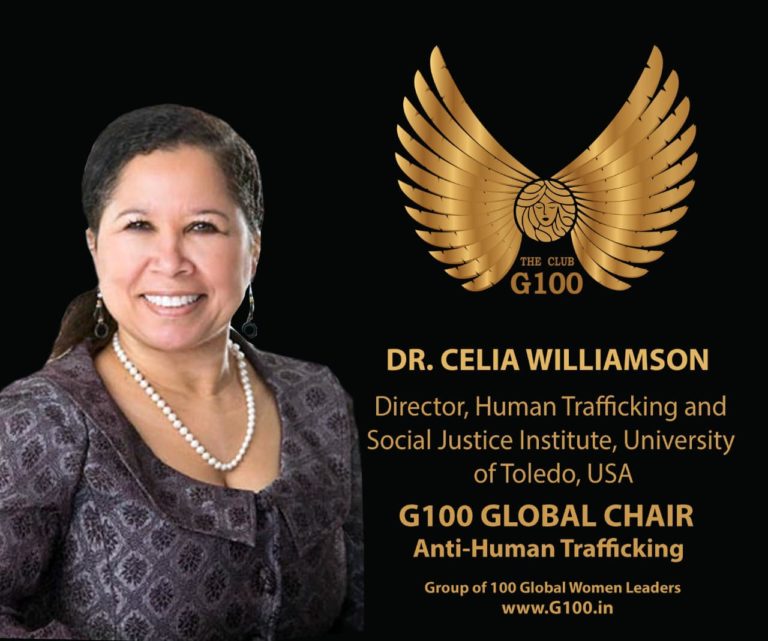 She is Distinguished Professor of Social Work, she serves as the Executive Director of the Human Trafficking and Social Justice Institute at the University of Toledo. She is the Co-Chair of the oldest and largest academic conference on human trafficking in the world. The conference annually hosts thousands of attendees across 47 countries and all 50 U.S. states. She also serves as a managing editor of the peer-reviewed Journal of Human Trafficking and serves as President of the Global Association of Human Trafficking Scholars. Dr. Williamson has been named the 26th most influential social worker alive today. She has been a consistently funded researcher, receiving several years of funding from the National Institutes of Health, Department of Justice, State of Ohio, and several national and local foundations.

Dr. Williamson has published numerous books and articles and remains a sought-after presenter and active advocate against human trafficking. Additional accomplishments include being a founding member of the State of Ohio’s Human Trafficking Commission under the Ohio Attorney General and chairing the Research and Analysis Committee for several years. A dear Soul Sister who tirelessly transforms advocacy into actions. The empowered and eminent group of #G100 is stronger with your presence and leadership.