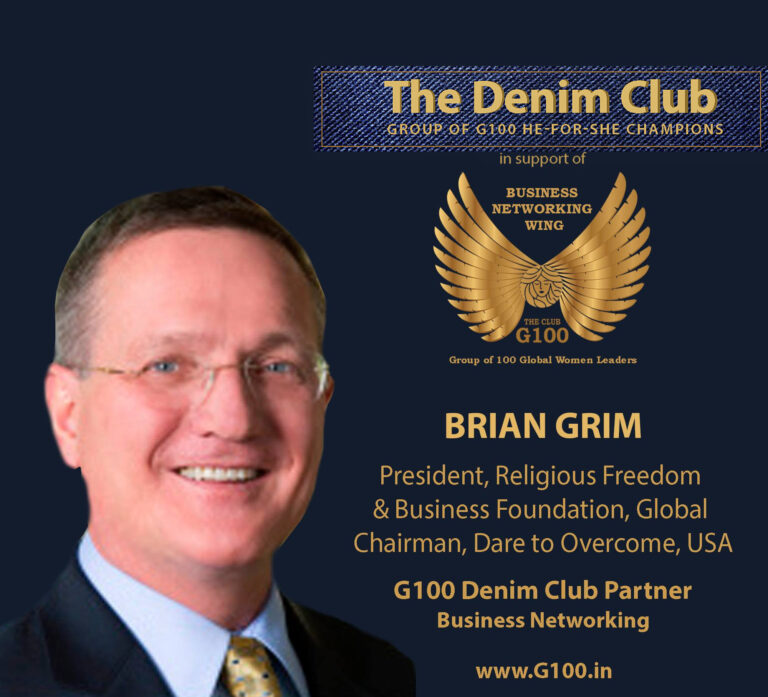 Brian Grim, President, Religious Freedom & Business Foundation, Global Chairman, Dare to Overcome, USA. Brian works with Fortune 100 companies to help them implement programs that include religion as part of their overall diversity, equity and inclusion initiatives. He also is executive director of the International Religious Freedom Business Roundtable, which helps build religious freedom for everyone worldwide.

Brian recently served as chair of the World Economic Forum’s global agenda council on the role of faith (2015-16) and was a speaker at the Forum’s 2018 annual meeting in Davos as well as being a TEDx speaker. Brian also supports and works closely with the “Business for Peace” platform of the United Nations Global Compact. Brian was previously an advisor for the Tony Blair Faith Foundation and an associate scholar at the Religious Liberty Project at Georgetown University. Prior to becoming the Foundation’s founding president in 2014, Brian directed the largest social science effort to collect and analyze global data on religion at the Pew Research Center.

He also worked for two decades as an educator in the former Soviet Union, China, Central Asia, the Middle East and Europe. Brian holds a doctorate in sociology from the Pennsylvania State University and is author of numerous articles and books including The Price of Freedom Denied (Cambridge Univ. Press), The World Religion Database (Brill), The World’s Religions in Figures (Wiley) and The Yearbook of International Religious Demography (Brill). Brian has appeared as an expert on global religion on numerous media outlets, including CNN, BBC, Fox, CBS, C-SPAN, and regularly presents to high level audiences throughout the world including the White House, State Department, European Parliament, the Vatican, and various the United Nations bodies including the Human Rights Council, and the UN Alliance of Civilizations and the UN Global Compact. Brian and his wife, Julia Beth, are authors of Grims’ New Fairy Tales of Love Overcoming Evil, written as they raised their four children in Xinjiang, China, the former USSR, and the Middle East. They have 13 grandchildren, and live at the US Naval Academy in Annapolis, Maryland, where Julia Beth coordinates study abroad for the Academy.